Probably the best thing I’ve ever knitted for winter use are my woolly pants. They are so warm and I don’t know how I’ve managed to stay alive without them. When you live way above the Arctic Circle where temperatures can easily drop below -40C (-40F), clothing needs to be seriously practical and most of all warm.

What you need to do is this: First put on your long johns and socks. Then woolly pants. Then padded pants. Add woolly socks as needed. That’s warm. 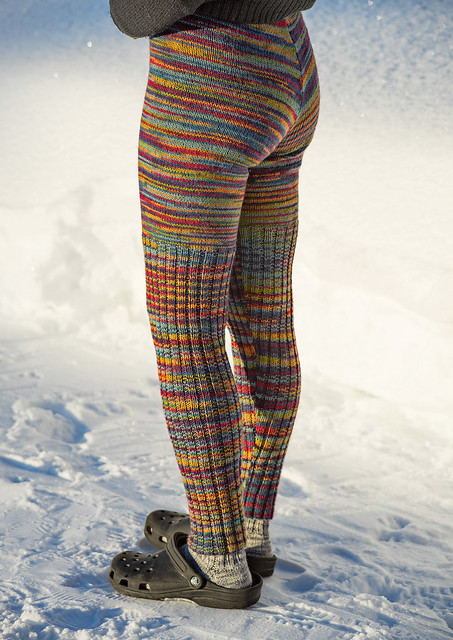 I used a pattern (sorry in Finnish only) by Novita and also their yarn Nalle Taika. I love that colour. Shame that these pants are usually hidden from view.

Then of course my hubby needed woolly pants too. 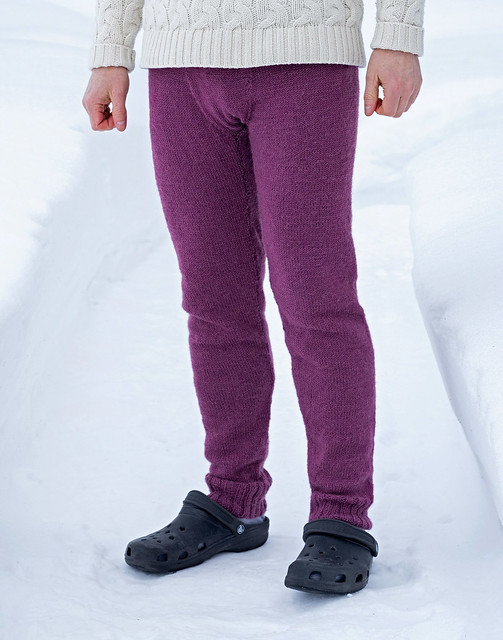 Their pattern is also by Novita and yarn is Nalle. He is also very pleased with his woolly pants.

I like the woolly pants so much that I’ve already earmarked another pair which I’ll knit some time. These are for me and these for hubby. I have yarn ready for mine as well.

Talking of woolly pants, there was a children’s programme on TV when I was little. It was called “Mandatory use of woolly pants”. A little boy, Timo, has been ill with a chest cold and he’s been off school for a few days. When he’s well again and gets ready to go to school, his father says that it’s very cold outside and he must wear woolly pants because he’s just been ill. Timo thinks this is embarrassing because the other boys don’t wear woolly pants. The pants his father brought to him had even a heart-shaped patch on the bum. Timo tries to protest by saying that he does not breath with his bum, but it doesn’t help. He has to put the pants on.

At school that day they have a doctor’s check-up. Timo is terrified because he thinks that other boys might see his woolly pants if he needs to take his clothes off. He can’t concentrate on anything and just has terrible images in his mind all day. He came up with the idea that if the president would announces on TV a mandatory use of woolly pants, he’d be ok. Everyone then would have to wear woolly pants. With his mind’s eye he sees the news anchor announcing the mandatory use of woolly pants, ordered by the president. It would last till first of May, when the use of summer clothes would be allowed, weather permitting. And then the news anchor starts a woolly pants rock dance presenting woolly pants fashion. That’s classic!

This whole film used to be available online not too long ago, but all I could find now were little snippets. If you want to see the woolly pants rock, click here. This is Finland in 1977. Enjoy!

7 thoughts on “Mandatory use of woolly pants”