There’s been a jumper taking up space in the wardrobe for years and it never gets worn anymore. It was made by my mother in the mid 90’s and it was quite huge, typical of the times. It was an all over Norwegian pattern and was a real shame that it was never worn anymore. I couldn’t find anyone else to wear it either and I doubt it would have been easy to find a buyer for it. So, I unraveled it. It hurt a bit but my philosophy is to use the stuff one way or other. At least now the jumper gets worn again. It doesn’t look as awesome but it’ll get used. 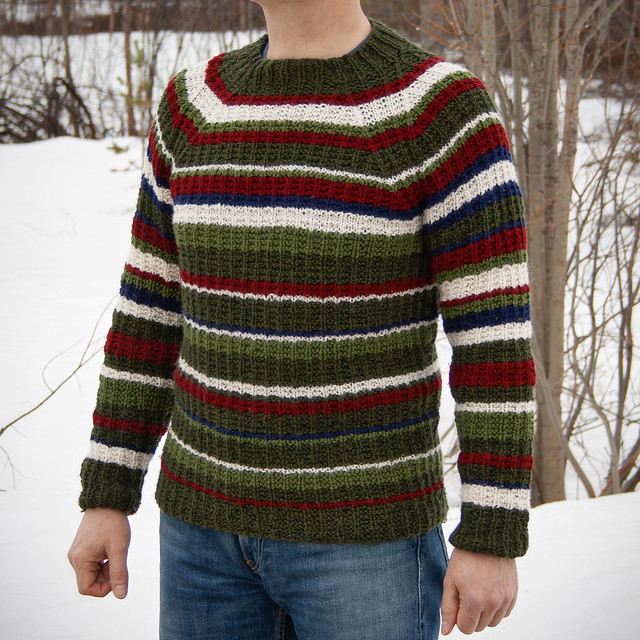 I used a pattern called Twin River by Drops Design. It was a very nice pattern – I might use it again sometime. I don’t know what this yarn is. My guess is that it’s some kind of wool mix. I did completely random stripes. 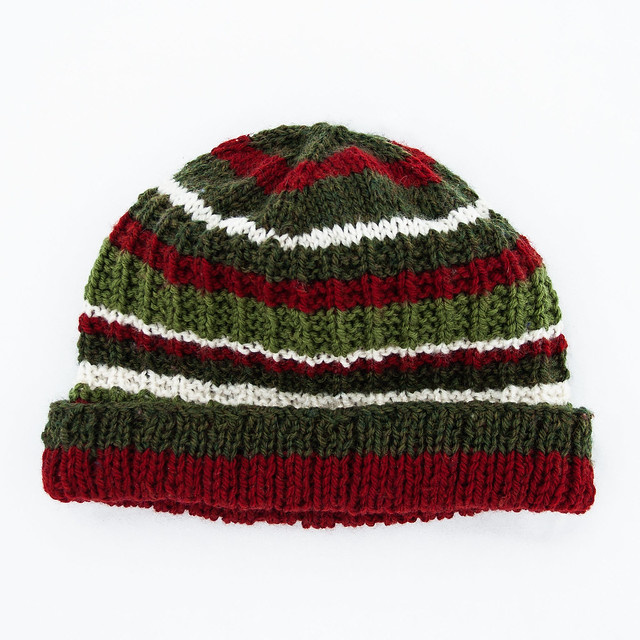 I used the leftovers for a hat. 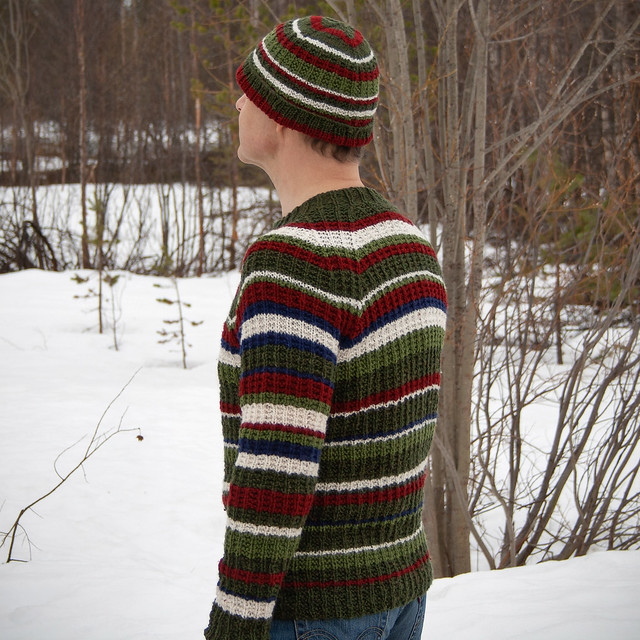 It’s a shame I didn’t take a picture of the original jumper but needless to say this one looks nothing like it. 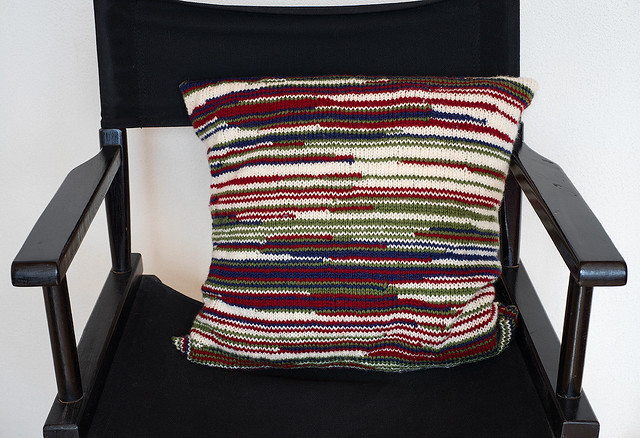 The original jumper had steeked armholes. Obviously the yarn was cut into short bits. I calmly knotted all the bits randomly and knitted a cushion cover. Knots are hidden inside. Waste not, want not!