I’m really struggling for time at the moment. I keep knitting a little in the evenings but my usual bottle neck, photographing the finished items (or any item for that matter) and blogging about them is getting an even bigger bottle neck. Still, such is life, I guess. I assume our normal service will resume sooner or later. 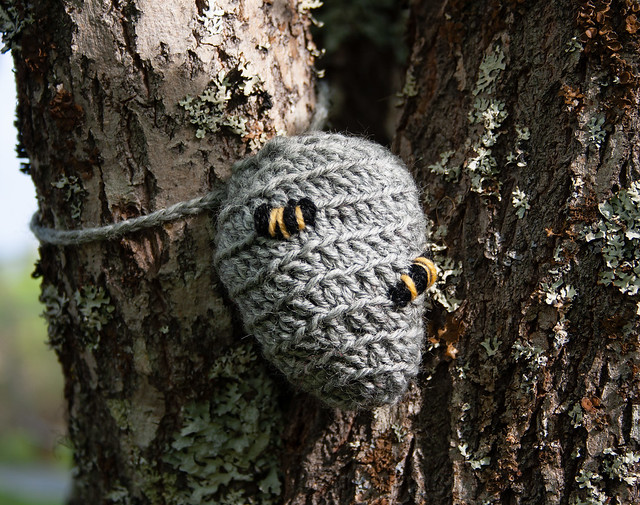 In the meantime, my sister asked me to make a fake wasp nest. They have lots of wasps bothering their BBQ times and she’s getting sick of them. Apparently, a fake wasp nest sends the message to any wasps that this place is already taken, bugger off. And, in theory, they should do that. How well this works in practice will be seen later, I guess.

My sister might be a little late though, because the fake wasp nest should go in place before the real wasps make any nests. Apparently, a crumbled up newspaper or stuffed coffee filter bag would do the same job. This crochet nest is a high-end luxury version that will last a bit longer. Years, in fact.

One thought on “Wasp fooling”