I always aim to get to bed in good time and be fast asleep well before midnight. Sometimes I choose to live dangerously, and instead of going to bed, I put my walking boots on and head to a nearby hill. From late May till mid July we have the midnight sun, which means that in that time the sun doesn’t set at all. The night is, well, almost like day. 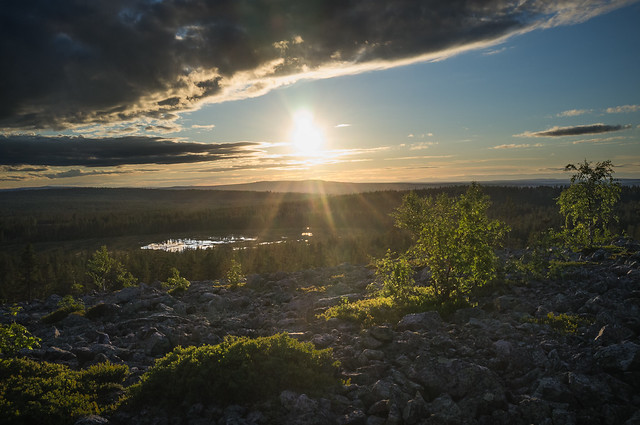 Here it is, the midnight sun, and it won’t get any lower than that. The climb to this hill is quite easy, despite the boulder field. It’s quite strange though, because it looks like day (or perhaps an early evening would be better) but it’s very quiet, there are almost no cars on the roads and obviously no one climbing on hills. We’ve got the place to ourselves – mind you, it’s not exactly heaving with people here any other time, either.

As we were climbing up, the song ‘mad dogs and English men go out in the midnight sun’. It seemed quite fitting, the hubby being an English man. But does that make me the mad dog? 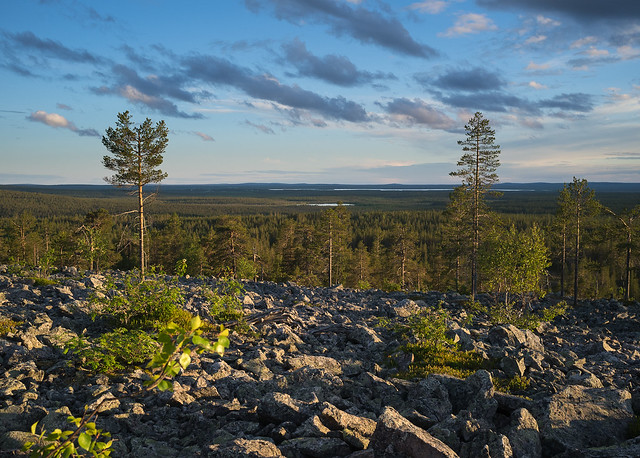 This view shows the light better, the sun being behind the camera. Somewhere down there is our house. 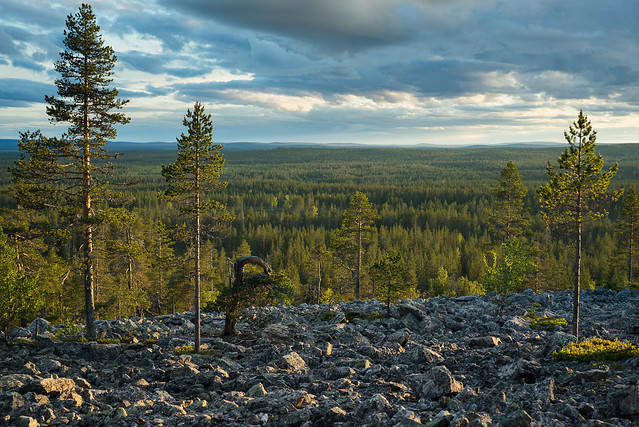 I love climbing well above the street level. Being higher up gives you a nice feeling of space. There is no one breathing down your neck. There is elbow space. And I love the peace and quiet. Here, one really could swing the proverbial cat! 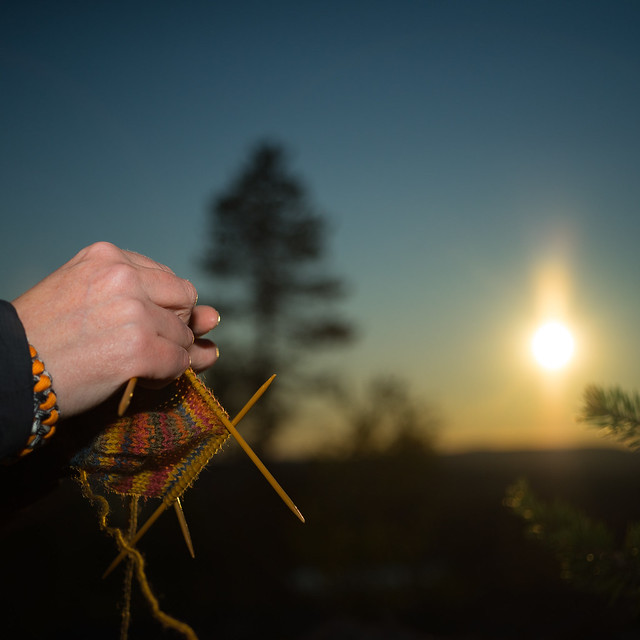 This particular night was quite windy and not very warm. I thought about taking mittens but left them because, hey, it’s the middle of the summer. Boy, did I regret that. After knitting just a moment, my fingers were so cold that it became almost impossible to hold the needles. What kind of a knitter am I? My house is full of various handwear: mittens, fingerless mittens, gloves, you name it, and I go out without ANY of them. How stupid. I’ve made it a rule now NEVER to leave the house without mittens of some description in my rucksack. Even in the summer.

When we got home, I checked the temperature: +3°C. I don’t know what it was with the windchill. 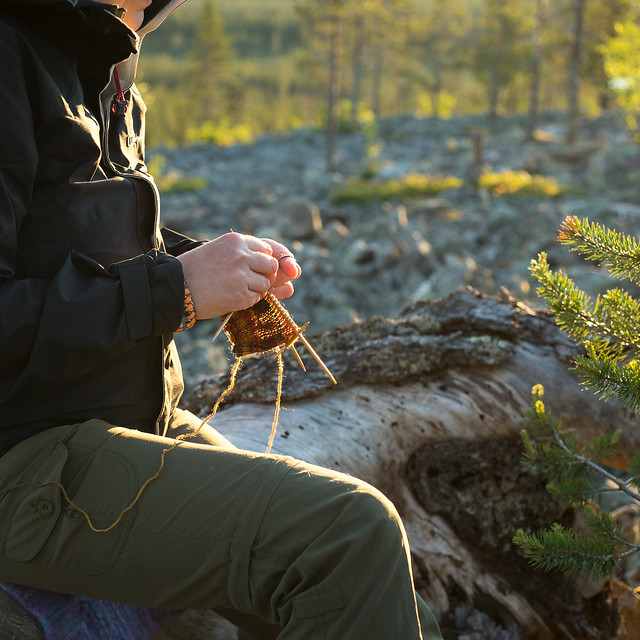 Would this qualify as ‘knitting in public’? I’ve started to take my knitting with me a lot more than I used to. It’s nice to sit down after some hiking and climbing and knit while admiring the view. My usual ‘KIP’ would be knitting in a health centre waiting room, in a train or in a cafe. Knitting on top of a hill, practically in the middle of nowhere, in the middle of the night, is not so public, although it IS a public place. 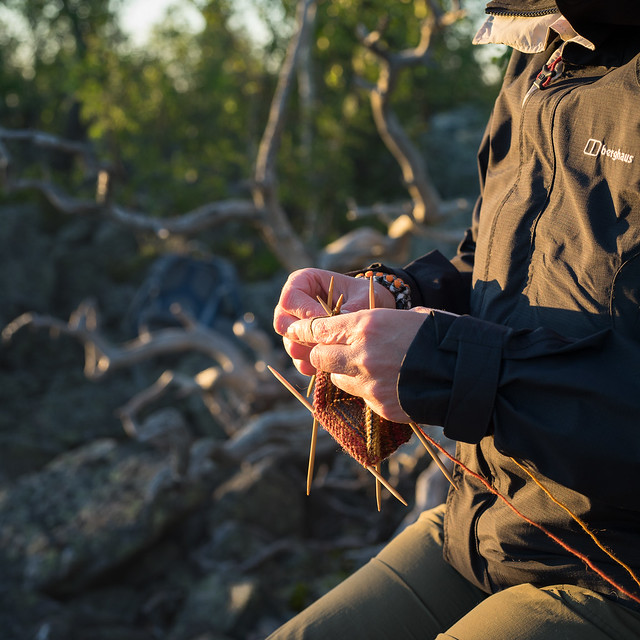 I’m knitting leg warmers, if you were wondering. Something I’ve been meaning to knit for years.

As I’m writing this, we have moved on and the sun has started to set below the horizon again. Not that you’d notice yet. By the end of August we’ll see stars at night again. And so it goes.

9 thoughts on “A Midsummer Night’s Ramble”