I had two little balls of some unknown thick-and-thin cotton yarn in turquoise and purple. I’ve never really thought of these two colours together but I can’t see a problem now. I couldn’t think of anything I could make with the amount I had, anything other than hats. Potholders would have been ok but the thick-and-thin thing put me off somehow. So hats it was. 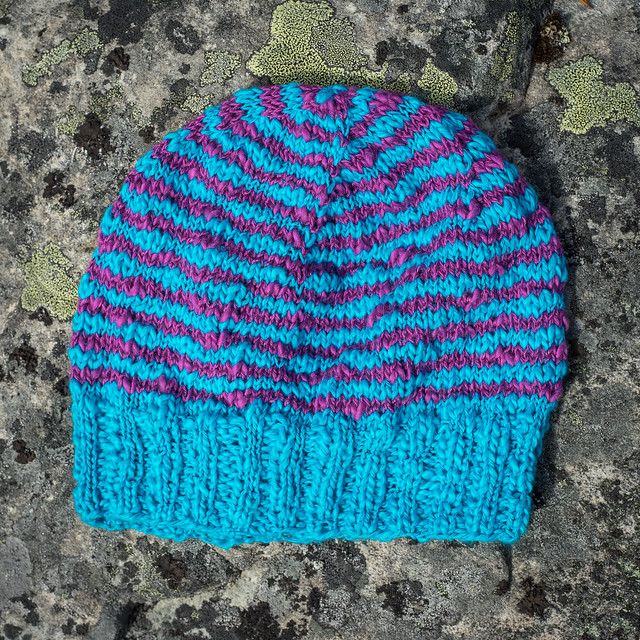 Rare for me, but this time I knitted a swatch. I wasn’t sure about the thick-and-thin and wanted to make sure the hat would be a good size. It would be one of those hats that would be worn for any reason but warmth, but I’d still like it to be a good fit. I also wanted it be slouchy. And it was. But it was also huge. Swatch and all, and still it was too big. Aaarrgghh. So I changed the needles for a smaller size and cast on less stitches and on the second run the hat was a good size, only not as slouchy. 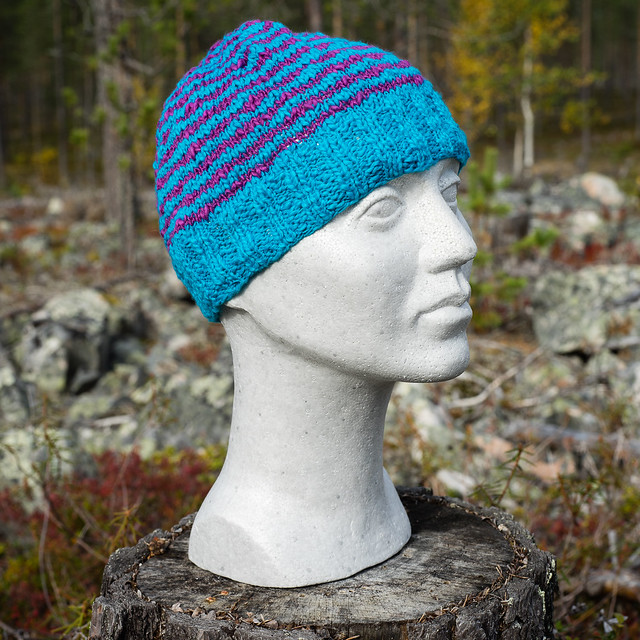 I only planned to knit one hat but after finishing the first I still had about the same amount left. 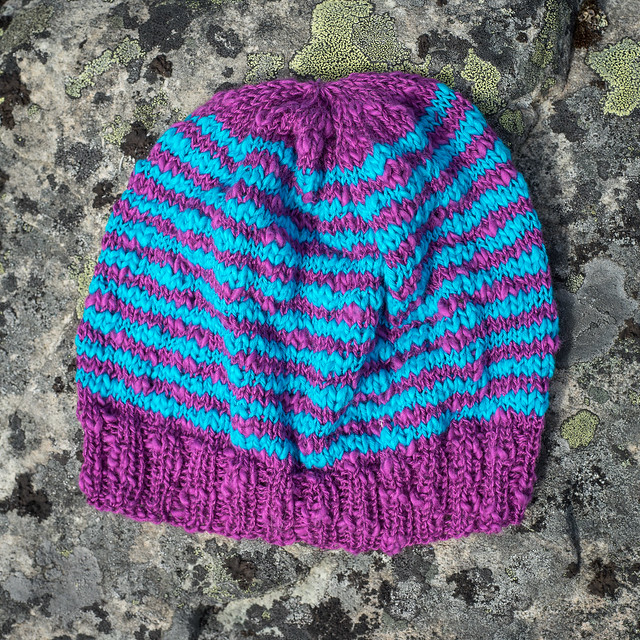 When I started the second hat with the colours reversed, hubby said that he could use one. No problem. I made the second hat a tad bigger and with different decreases on the crown. I started the decreases later than on the first hat, and instead of doing them first every other row and later on every row, I instead knitted 2 together for the whole row, 3 rows without decreases and then again the whole row K2Tog. And then again the whole row K2Tog. So the hats are similar but not quite the same. 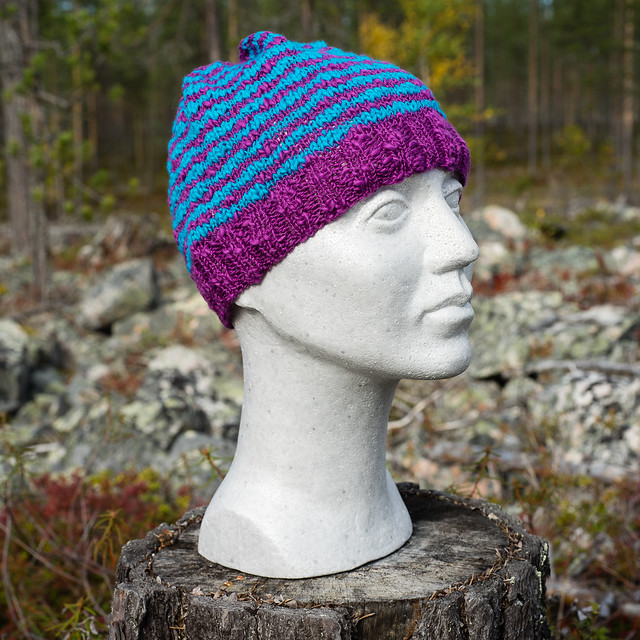 By now these hats are way too cold and we would both end up with aching ears and frozen skulls if we wore them now. They must wait almost a year for warmer weather. 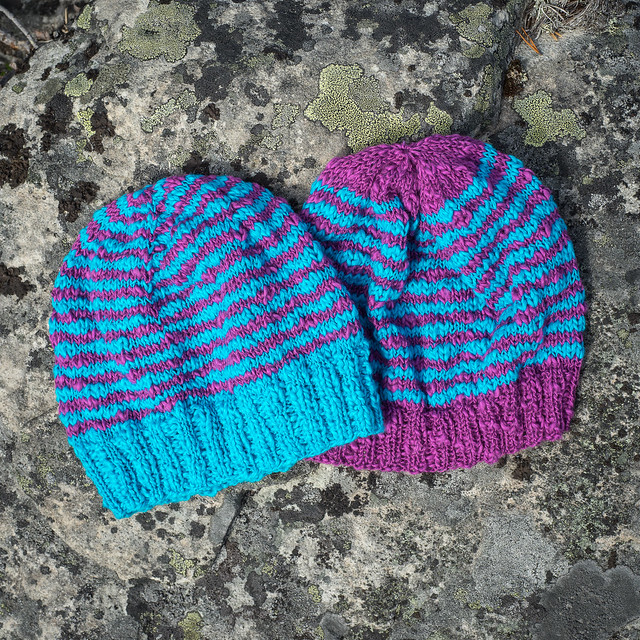 6 thoughts on “Knit one, get one free”