This week, I have been mostly knitting hats. I love hats. I wear them all the time. One reason is, obviously, the fact that I live way above the Arctic Circle and the winters here are long and cold and I like to keep my head and ears warm. Any other time a hat keeps my unruly hair away from my face and eyes. 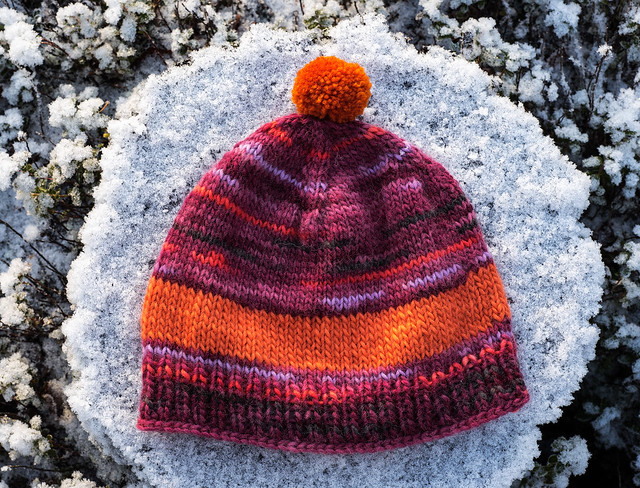 This is just a bog-standard beanie. It’s a top-down hat. I like to knit top-down hats when I only have a very limited amount of yarn and want to use it all. The yarn I used is Schachenmayr Ecologico Color. I only had one 50g ball and I kind of knew that it would not be enough, but I started anyway. When it became obvious that the yarn would only be enough for a skull cap, I decided to add a thick stripe of Finnish Novita Huopanen. I had some in orange, which seemed like a good match. I was certain that the stripe would look daft but I was wrong. I like it. It’s like I planned it this way. 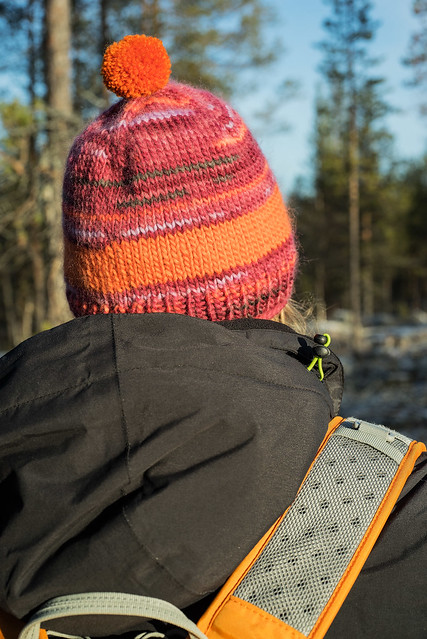 Also, I’ve never been too keen on pom poms. They are alright, but I would not often put them on my hats. For some reason I thought that one would look good on this hat and since I had an orange pom pom ready-made years and years ago, I decided to go wild and put one on. And I love it. So, all in all, a success! 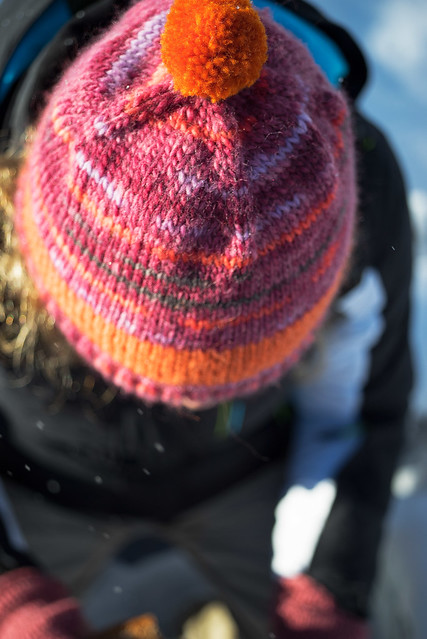