In between knits that take a longer time to finish, it’s nice to knit something quick. So, here’s another hat. It’s a fisherman’s beanie in bulky yarn and it practically knitted itself! 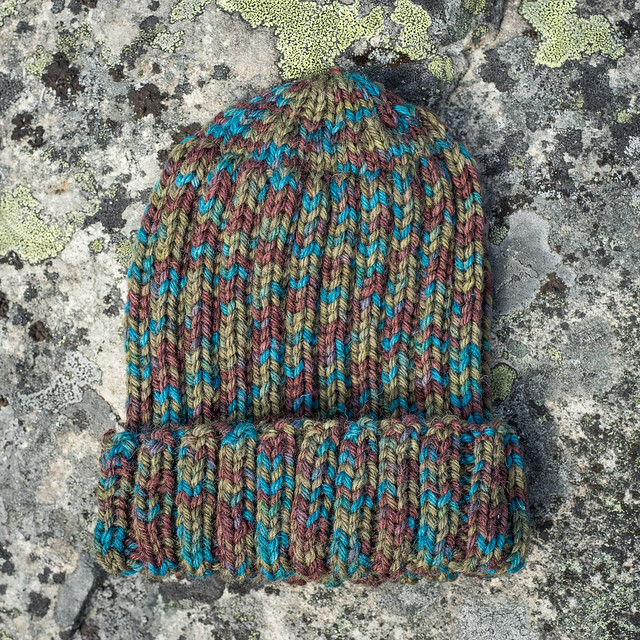 You might have noticed that I like to knit hats. I usually like simple, no-nonsense hats. Fisherman’s beanie ticks both of those boxes. The yarn is Novita’s Isoveli and it’s a 75% wool, 25% polyamide yarn in nice turquoise, forest green and very dark egg plant that looks brown when the light is not good. If fact, even when I bought the yarn I thought it was brown. It was only later that I found out it was egg plant colour which made me very happy because I like egg plant colour more than brown. 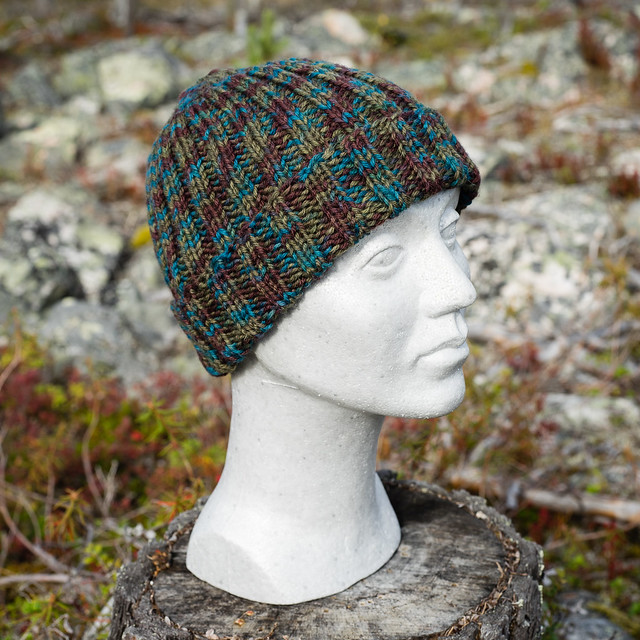 Surprise, surprise, I have a finished hat! I bet you didn’t see this coming. 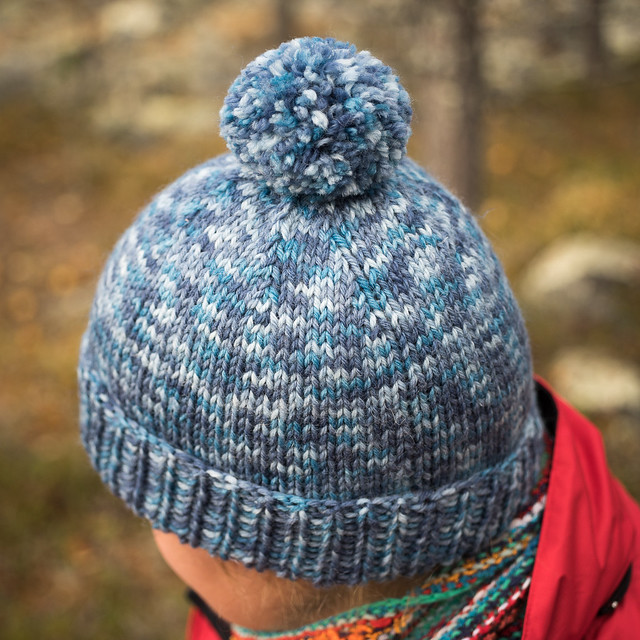 I’m still trying to use up odds and ends. This is a thick woolly hat that sits snug and nicely when the ribbing is turned up. It’s also very warm over the ears this way. If left down, it’s nice and slouchy. I added a pompom because I had a little bit of yarn left.