Another day, another hat. And a matching cowl. 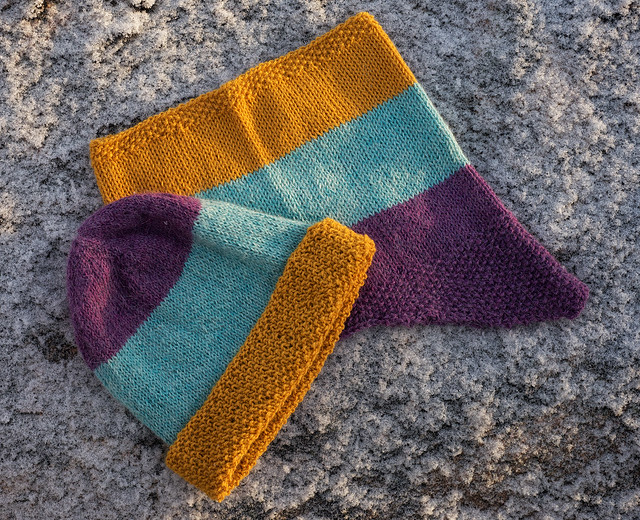 Let’s start with the yarn. It’s Artesano 100% alpaca. I bought it a few years ago in England while on holiday. The shop is called Three Bags Full, which tickled me, and it was at the time located in the amazing Piece Hall in Halifax. Stuff has happened since: Three Bags Full doesn’t have a brick and mortar shop anymore, only a website. The Piece Hall has been totally renovated since. It’s well worth a visit if you happen to be near Halifax.

Anyway, the yarn. I saw three balls of this super soft alpaca yarn in a sale bin and couldn’t put them down. There were only three balls of it left, all in different colours. Well, I bought them and since then, for a few years now, I’ve been taking them out of the yarn box every now and then to stroke them. They felt like three little kittens. I couldn’t decide what to knit with them but it came to a point that I felt it was time to use this lovely yarn. I started with a cowl. The idea of having these kittens wrapped round my neck seemed like a good one. 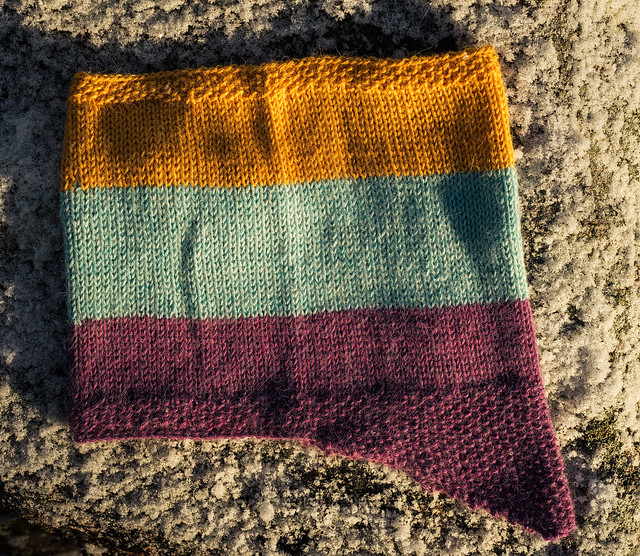 I was going to knit just a tube but decided to do something different after all. I found Seattle. I didn’t count or measure the stripes in any way; I just winged it. The cowl is quite sloppy and bigger in circumference than what I usually like my cowls to be, but it’s kind of nice. I’ll wear this when the temperature’s not yet minus millions. When it gets really cold, I like my cowl or scarf to be tightly round my neck. 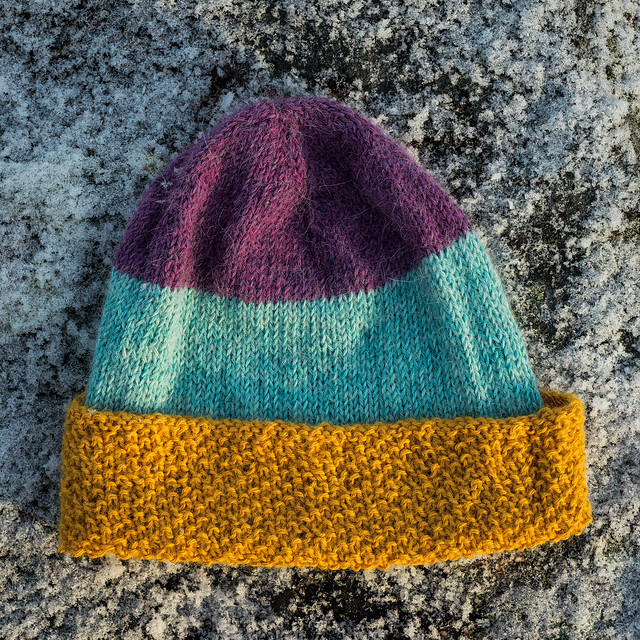 Then the hat. I had some of the yarn left and it seemed obvious to knit a matching hat. There was a hat pattern with the Seattle cowl but I wanted to knit a hat top down so that I could use up all of the yarn. I knitted all of the purple yarn, then all of the blue yarn and finally changed to seed stitch and yellow yarn, and knitted till I had only enough yarn to cast off. The hat is very long and slouchy but I plan to wear it with the seed stitch part folded up. That way it’s also much warmer. 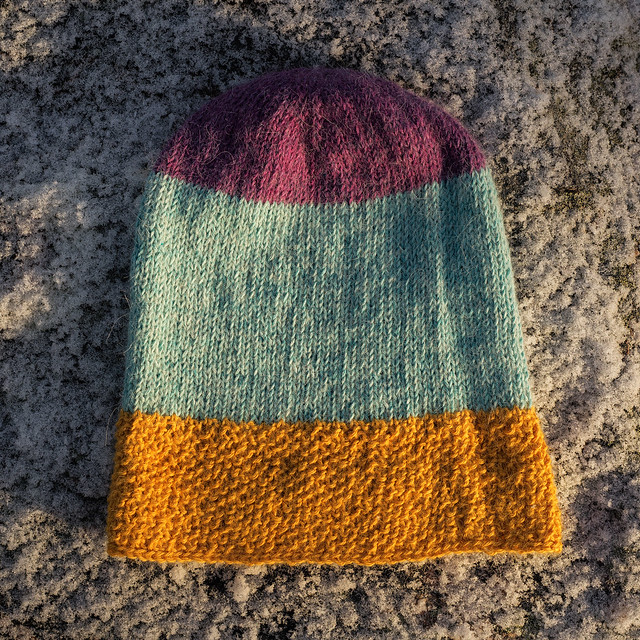 There we are then. 3 kittens turned into a cowl and a hat. I read somewhere that alpaca yarn is 8 times warmer than sheep’s wool. How do they measure that? 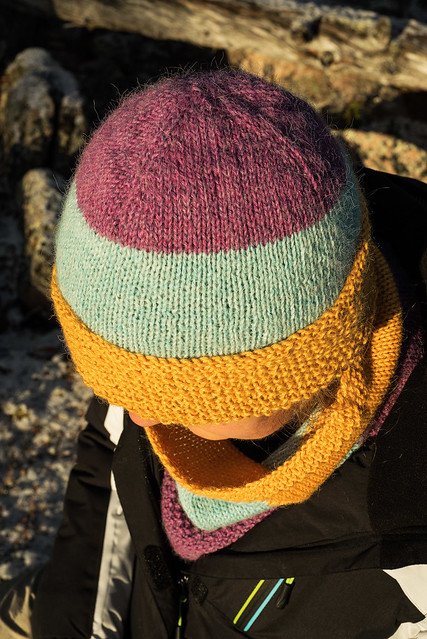